We believe in a diverse team bringing knowledge of the game, (professional) player and coaching experience at various levels. 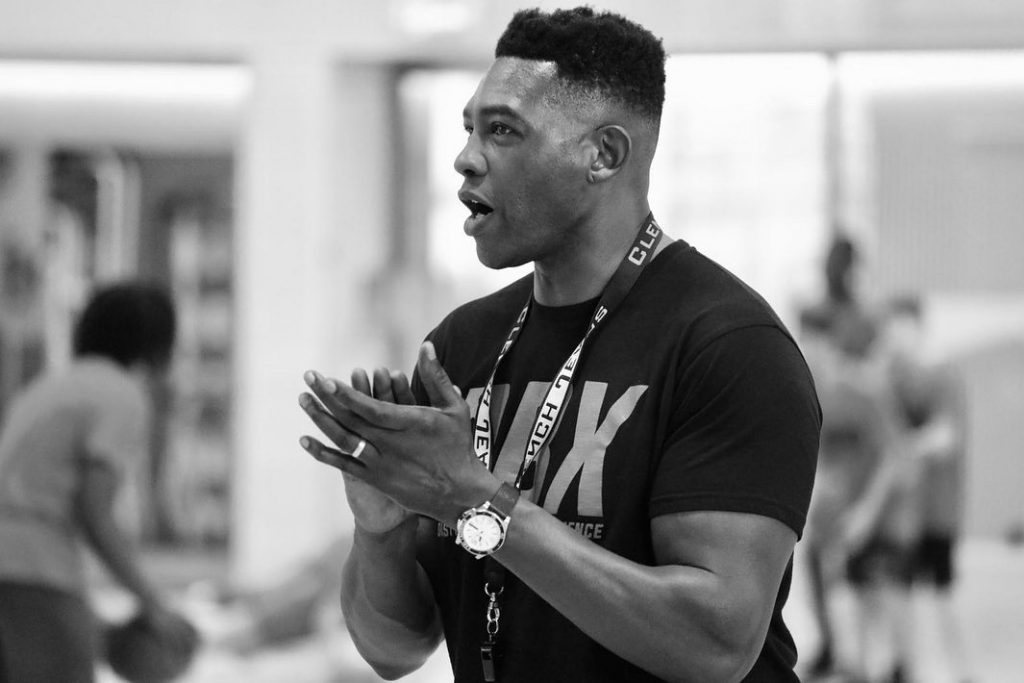 Sam Graham is ex-professional Basketball Player and high performing Basketball Coach with over 30 years of experience in multiple aspects of coaching including player development, basketball operations, recruitment and evaluation of talent at all levels (Mens & Womens).

Sam has a proven track record of leading high performance Basketball Camps & Clinics in the USA and Europe for players within the  age groups 4 to 25.

Sam was born in Barbados in 1967. In 1972, he and his mother migrated to New York City.  The move from a small tropical island to one of the biggest cities in the world was a difficult one.  It took awhile for him and his mother to acclimate to life in the city. Growing up, he was exposed to a lot of the negative elements of city life first-hand.  At a time when most kids are safely playing with each other, he was often confronted with the effects of drug abuse, violence, and other criminal behavior. His mother was working two jobs to keep a roof over their heads and food on the table.  This meant that she was not always there to steer him away from the negative factors surrounding them.

At the age of eight years old, Sam was invited to come along and participate in a game of basketball.  He was a tall kid with thick glasses and not much coordination. What he lacked in skill, he made up for in hustle.  Initially, he was never the first one picked to play and often found himself on the sideline watching and wanting to play.  The combination of watching his mother work so hard to provide for him and people telling him that he wasn’t good enough motivated him to prove them wrong.

Through hard work, Sam eventually made his first official basketball team.  He was the starting center for All Saints Catholic School in Harlem, New York City.  While developing as a basketball player, Sam was also receiving a lot of pressure from his mother to maintain a high academic standard.  Because of this, Sam was accepted at Cardinal Hayes High School in The Bronx, a prestigious private school for boys. With the dedication of his freshman coach, John Flame, Sam cemented himself as a top freshman player in the Catholic league.  Going into his second year of high school, Sam made the varsity team and quickly established himself as a defensive stopper.

The coach of the team, Tom Murray Sr., served as a mentor, a father figure, and coach to Sam.  Coach Murray instilled in Sam the drive and motivation to want more out of himself. This was never more evident than when Sam’s mother passed away going into his senior year of high school when he really needed support both on and off the court.  Coach Murray was a source of hope during these dark times. He wouldn’t let Sam give up on life, reminding him of his mother’s expectations as an athlete and as a student.

In 1985, Sam, after living by himself for his last year of high school, continued to excel on the court and in the classroom.  On the court, Sam was named by the Daily News sports writers as first team all-city, meaning he was one of the top five players in the senior class of New York City.  He was also named by Street and Smith magazine as an All American honorable mention. At the same time in the classroom, Sam was named scholar athlete of the year in the city.

After his senior season, Sam decided to sign and play his collegiate career at St. Bonaventure University, Olean, New York.  At the university, Sam was named as the “Defensive Player of the Year” in three of the four years and was the “Most Improved Player” after his second season.  He also went on to earn his Bachelor’s Degree in Sociology from the university. After earning his degree at the university, Sam attended basketball tryouts for the CBA (Continental Basketball League) which was the development league for the NBA at the time.  Sam made the team, but received a better offer from a European team, which started Sam’s great European adventure.

During the course of his professional career in Europe, Sam played in England, Ireland, Iceland, France, and Germany.  Alongside playing professional basketball, Sam was also active in coaching youth teams and in basketball camps.

In 2005 Sam ends cooperation with the company and retires as a Professional Basketball Player.

During the years 2007 to 2013 Sam volunteers as a Basketball Consultant in Amsterdam, The Netherlands, helping small communities develop basketball programs, scouting young basketball talent introducing them to local basketball clubs,  prep-schools and universities in the United States.

In 2013 Sam starts coaching the Men’s team at Basketball Club, Blue Stars in Diemen/Amsterdam also on a voluntary basis since he did not have a work permit in The Netherlands.

In 2015 Sam decides to start his own Basketball Company in Amsterdam, Dynasty Sports B.V. organizing Basketball Camp & Clinics during the school holidays while he continues offering paid coaching services at Basketball Club Blue Stars and connected Basketballscool for younger children.

End of Basketball season 2018, Sam decided to stop coaching at Blue Stars and held his final Basketball Camp in Spring 2019 under the name Dynasty Sports.

In 2019 Sam takes time off from coaching focusing on rebuilding Dynasty Sports and at the same time he starts exploring the need and interest amongst (young) players in Amsterdam to open up a new Basketball Club.

Sam is a success-driven and result-orientated Basketball coach with the goal building professional players and championships teams with character, integrity and sportsmanship. Sam is consistently motivating and inspiring players to bring the best to every practice and every game with a positive attitude. 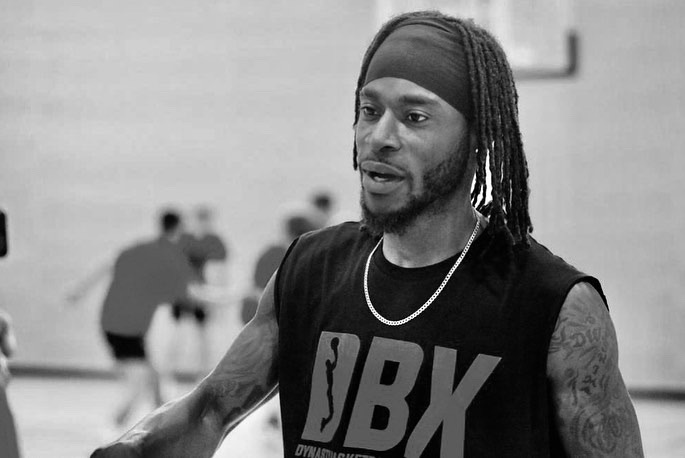 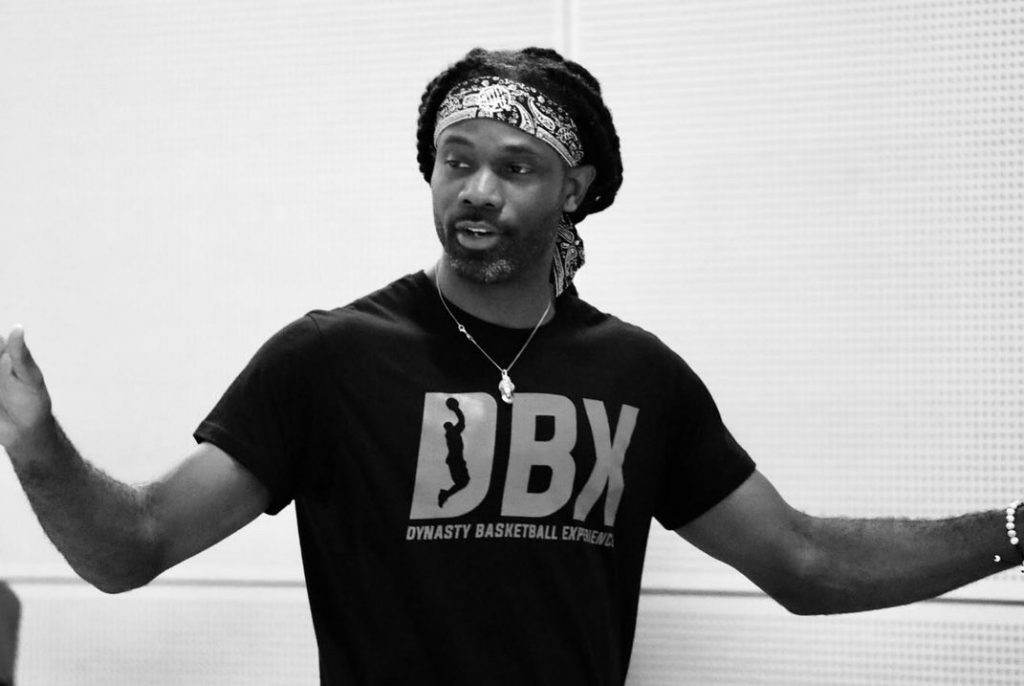 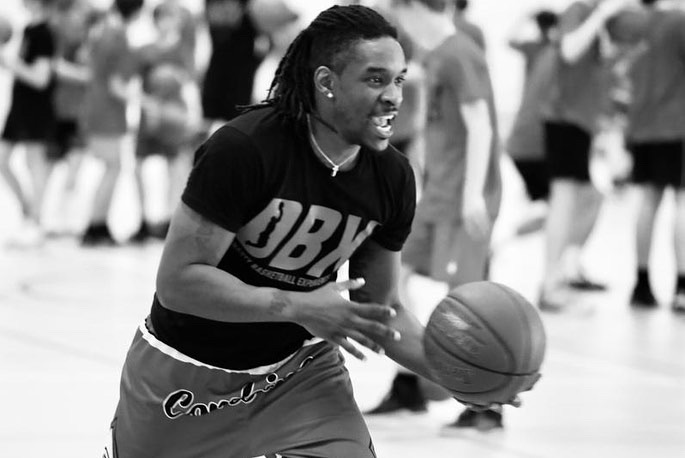 Japhet was born and raised in the mecca of Basketball, New York City. He excelled as one of NYC’s best Point Guards while attending the prestigious High School, Christ The King.

Japhet was awarded a full scholarship to the University of East Carolina and was coached by current New Hampshire University, Head Coach Bill Herion.

Following Japhet’s collegiate career in 2008-2009 he signed his first contract to compete in Bundesliga (A) Heidelberg Germany. Since then Japhet has competed in Cyprus, Finland and Luxembourg.

Germany has become his second home as he spent most of his career competing in Germany.

Japhet continues his playing career at a lower level team that competes in the Regionalliga in Germany which allows him to focus on his company and his family.

Japhet’s mission is to provide motivated student athletes, male and/or female of all skill levels and backgrounds the opportunity to learn the fundamentals of Basketball, including physical and mental self discipline and leadership. 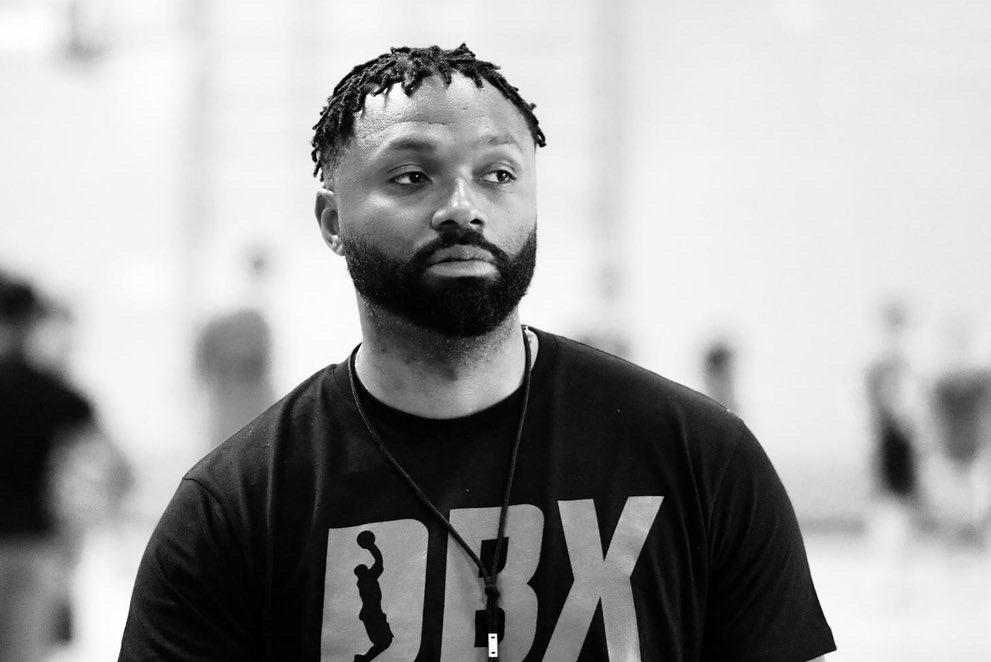 Elijah Allen is a former NCAA D1 player and former European Pro player originally from Columbus, Ohio, USA. Founder / Skills coach of Progress your Game in Germany. Runs the Giessen Summer League and is the Founder/owner of Fotoboom360. 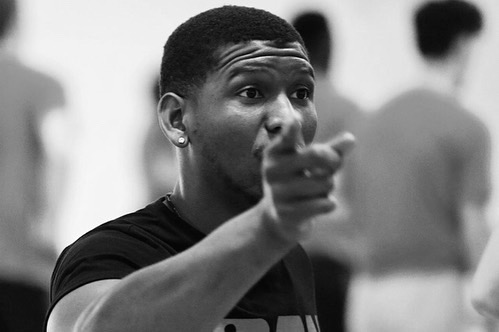 Here is a quick preview of some of the things he has accomplished: 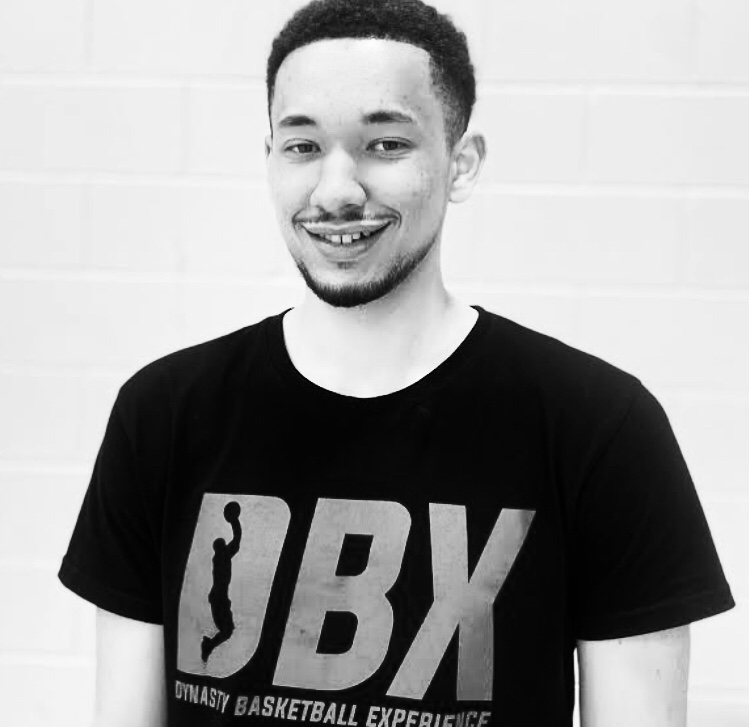 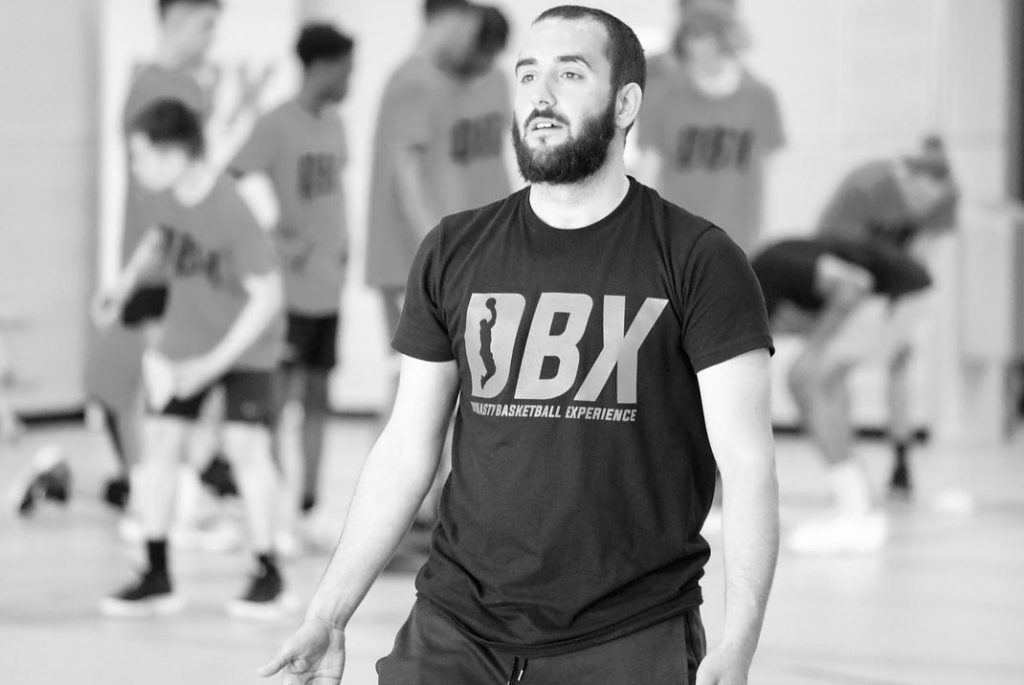 Mario is a true Streetballer and a genius at dribbling the ball. Mario has 2 years coaching experience and specializes in teaching and developing players’ ball handling and dribbling skills.

Mario started playing basketball at the age of 14. He is a self taught Basketball player, by watching players and basketball games at NBA level, gaining (technical) knowledge about the game of Basketball and various dribbling techniques.

Mario’s height (5ft 7 / 1.70) played an important role being accepted as a basketball player amongst other players. However, Mario was determined and motivated to become the best streetball player in Amsterdam and on the court of Museumplein. Daily training, playing with and against other (streetball) players took Mario to an unexpected high level of basketball other players could no longer deny; “He’s got Next!”.

From the age of 17 to 19, Mario played for Basketball Club, Harlem Lakers in Amsterdam and combined playing with coaching younger children and young adults.

In 2018 Mario joins Dynasty Camps & Clinics and was appointed Assistant Coach / Dribble Coach, coaching Basketball Programs developed by Sam Graham for the age groups 6 to 14. In this period Mario has coached 3 Camps in Amsterdam and Almere.

Mario coaching approach is positive and challenging. He has the ability to bring the best out of (young) players by acknowledging strengths and weaknesses and work towards improvement and overall success. 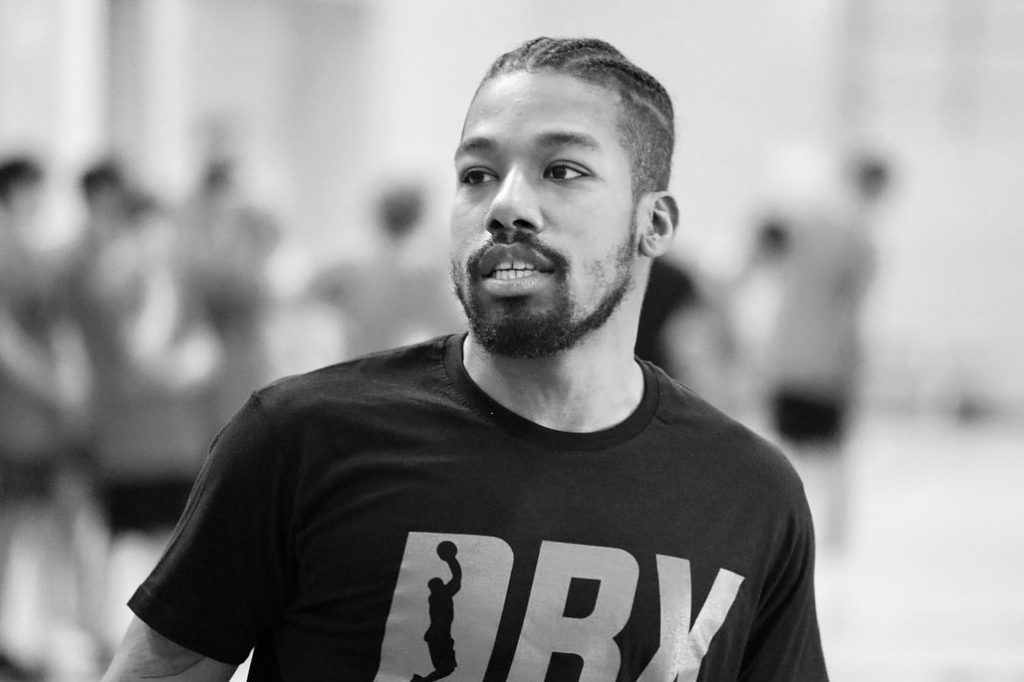 Quintino Deekman is a former Dutch Basketball player. He has played for Apollo Amsterdam for 10 years.